Heart disease has many causes, the most common is arterial hardening, which is caused by fatty deposits in our blood vessels.

If untreated, it can lead to hypertension, loss of circulation and even cardiac arrest, as sections of the heart become starved of blood. 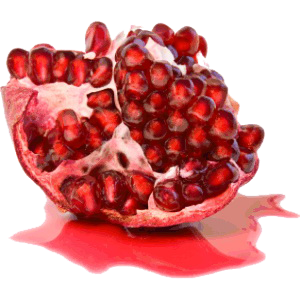 Here’s six foods that can clean out your arteries, and keep deadly heart disease at bay.

1. Omega-3 fatty acids
Found in many oily fish, nuts and seeds, omega-3 fatty acids are essential for your cognitive health, as well as promoting a strong heart. Besides increasing the amount of HDL (A.K.A good) cholesterol, which helps reduce the “bad” kind, omega-3’s prevent blood clotting and inflammation, which can both contribute to clogged arteries. Good dietary sources are fish, walnuts, chia seeds and cod liver oil capsules.

2. Garlic
Although garlic isn’t great for your breath, and therefore inadvisable before a date, it releases a compound called allicin when crushed and digested, which can lower your risk of heart disease significantly. Allicin interferes with the production of cholesterol, as well as slowing the oxidation of LDL. Combined, this is the perfect recipe for clean and healthy arteries.

3. Niacin
Also known as vitamin B3, niacin is commonly found in chicken, organ meats and leafy greens, which is instrumental in cardiovascular health. For one, it increases your levels of HDL cholesterol. For two, it removes the dangerous low-density versions, by transporting it to the liver for removal.

4. Turmeric
This exotic spice can really add some punch to your meals. However, its benefits don’t stop there. Turmeric is one of nature’s most potent anti-inflammatories, due a compound called curcumin. This not only reduces arterial inflammation, but also fatty deposits known as plaque, by as much as 26%! That’s pretty impressive for a pinch of spice.

5. Vitamin C
Citrus fruits and many vegetables are excellent sources of vitamin C, which are necessary for healthy connective tissues. Besides keeping your arteries maintained, vitamin C boosts your immunity, reducing inflammation and the risk of plaque. In fact, eating just one orange daily can reduce blood pressure significantly.

6. Pomegranate
Known for being fiddly to eat, this seedy fruit is rich in antioxidants called phytochemicals, which protect your arterial walls from damage. It also increases the production of nitric oxide, which despite sounding scary, actually helps dilate vessels and improves blood flow, reducing the risk of clots and fatty build-up.

a. Increases libido: According to researchers from Queen Margaret University in Edinburgh, pomegranate juice can act as a natural aphrodisiac and increase sexual desire in both the sexes. It not only improves secondary sexual characteristics in men but also enhances sexual urge. The study revealed that men and women who drank a daily glass of pomegranate juice for at least 15 days showed a surge in the hormone testosterone, which is known to increase libido.

b. Improves sperm quality: A 2008 study published in the Journal Clinical Nutrition found that drinking a glass of pomegranate juice every morning not only improves sperm quality but also improves sex drive. The study results showed that it also increases sperm concentration and sperm motility along with improving spermatogenic cell density and germinal layer thickness, which aid in the production of sperms. Moreover, it also showed a decrease in the abnormal sperm count as compared to those who didn’t drink pomegranate juice [1]. You might also like to know about scientifically proven ways to improve sperm count.

c. Helps to deal with ED: Yes, it is proved in a 2007 study published in the Internal Journal of Impotence Research [2], which stated that pomegranate juice helped to overcome impotence in men. The study was done on 42 men suffering from erectile dysfunction (ED), who consumed pomegranate juice for four weeks only to show better performance in bed. This is because, pomegranate juice contains nitrates which not only improve blood flow to the genitals but also reduce oxidative stress, which can lead to ED.

Note: If you are taking any medications, especially for ED, then it is advised to consult your doctor before trying out this natural remedy.