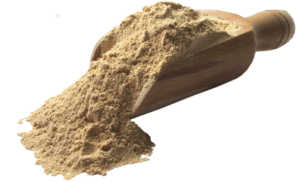 Multiple studies show that maca, a root vegetable, enhances libido in both men and women.

How to take it
Take 1.5–3 g of maca root powder once a day with breakfast. For the purpose
of improving libido, there is no difference between red, black, or yellow maca. 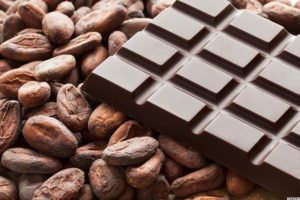 Low nitric oxide (NO) levels can cause blood vessels to narrow, leading to poor circulation, which can result in erections that are softer and more difficult to maintain. Like the flavonoids in grape seed and pine bark, -epicatechin and other flavonoids in cocoa can help support NO levels, thus improving blood flow and alleviating this type of erectile dysfunction.

Yohimbine is a an alkaloid found in the bark of the African tree yohimbe (Pausinystalia johimbe). It is a stimulant often used as a fat burner. It is also supplemented by men wishing to increase virility and erectile rigidity.

Yohimbine can have a variety of side effects, such as elevated heart rate and anxiety. In fact, studies on anxiety commonly use yohimbine to induce anxiety. In people with panic disorders, it can even induce panic attacks.

Yohimbine must be used carefully, especially when combined with other stimulants, such as caffeine or synephrine. People unaccustomed to stimulants should avoid yohimbine.

Yohimbine is not a reliable treatment for chronic erectile dysfunction, so it should only be used by otherwise healthy men looking for a sexual boost. Although sometimes called “herbal Viagra”, it is less effective than Viagra (sildenafil citrate) or Cialis (tadalafil). These two pro-erectile drugs are also safer, so they can be used instead of yohimbine.

Although Viagra and Cialis make for better erections, they have no direct effect on libido (sex drive). Yohimbine might have a direct, positive effect on libido, but more research is needed to confirm this benefit, which at best appears unreliable.

If you take other stimulants, reduce the yohimbine dose by half. Despite being a stimulant, yohimbine does not seem to impair sleep, but should your body tell you otherwise, pay heed and avoid supplementation too close to bedtime.

However, companies selling “yohimbine” often use a bark extract whose yohimbine content has been estimated rather that ascertained, so the actual yohimbine content of a product can differ dangerously from the number on the label. Should you decide to supplement yohimbine, start with the lowest possible dose (often, 2.5 mg), then slowly work your way up. 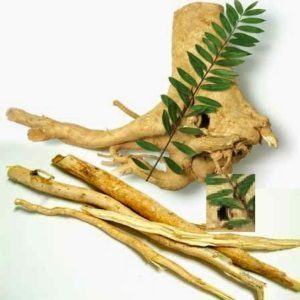 This herb does not seem to increase testosterone, however, or only to a small extent in men suffering from infertility or severe erectile dysfunction. If it does increase testosterone in infertile men, its antioxidant content may be responsible, since vitamin E and coenzyme Q10 have the same effect.

HOWEVER… There is too little evidence to ascertain what effects Eurycoma longifolia has on human libido.

How to take it
To supplement Eurycoma longifolia, take 200–300 mg of a 100:1 extract
(concentrated for eurycomanone) daily, preferably in two separate doses. 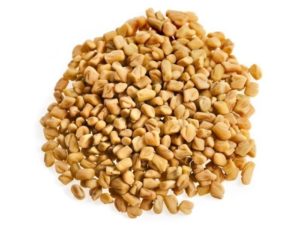 In Ayurvedic medicine, fenugreek is called methi (its Hindi name) and is used notably to increase virility. While the leaves and seeds are both used, most supplements favor the latter.

When supplemented by healthy men, high doses of fenugreek appear to significantly increase libido and sexual satisfaction. A small increase in testosterone was noted in some studies, but not in others. When dihydrotestosterone (DHT) was assessed, no significant change was reported.

Fenugreek has the interesting property of causing bodily fluids (saliva, semen, sweat, urine …) to smell like maple syrup. More importantly, fenugreek contains coumarin, a blood-thinning compound that could interact with blood-thinning medication, such as warfarin (Coumadin).

How to take it
Take a fenugreek supplement standardized for 300 mg of saponins. If you purchase a product with Testofen, aim for 600 mg of this proprietary extract.

Low nitric oxide (NO) levels can cause blood vessels to narrow, leading to poor circulation, which can result in erections that are softer and more difficult to maintain. Like the flavonoids in cocoa, procyanidins and other flavonoids in pine bark and grape seeds can help support NO levels, thus improving blood flow and alleviating this type of erectile dysfunction.

Pycnogenol, a patented pine bark extract standardized to 65–75% procyanidin, is the best-studied source of procyanidins. Grape seed extracts are cheaper, but their benefits to blood flow are less reliable and could take longer to develop (up to one month). To improve blood flow, Pycnogenol is a better choice than a grape seed extract, but neither option is as potent as cocoa or can boast as much supporting evidence.

The flavonoid quercetin may negate the improvement in blood flow from grape seed extracts (and, by extension, from pine bark extracts). Concurrent supplementation should therefore be avoided. 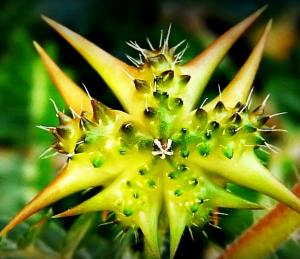 Tribulus terrestris has long been marketed as an herbal testosterone booster, with no supporting evidence.

This herb does enhance libido, though, which convinces many men that their testosterone has increased.

How to take it

To supplement Tribulus terrestris, take 200–450 mg of an extract standardized for 60% steroidal saponins once a day with a meal.

Many of the herbs traditionally used as libido enhancers are absent from this post because of a lack of scientific evidence.

Among those herbs, holy basil and Pedalium murex can at least boast promising animal research, but human studies are still pending.

Keep in mind that most libido boosters are overhyped to some extent. Sexual enhancement is a lucrative market, so unsubstantiated claims are numerous.

As a rule, avoid “proprietary blends” that hide from you how much of each ingredient you are actually getting.